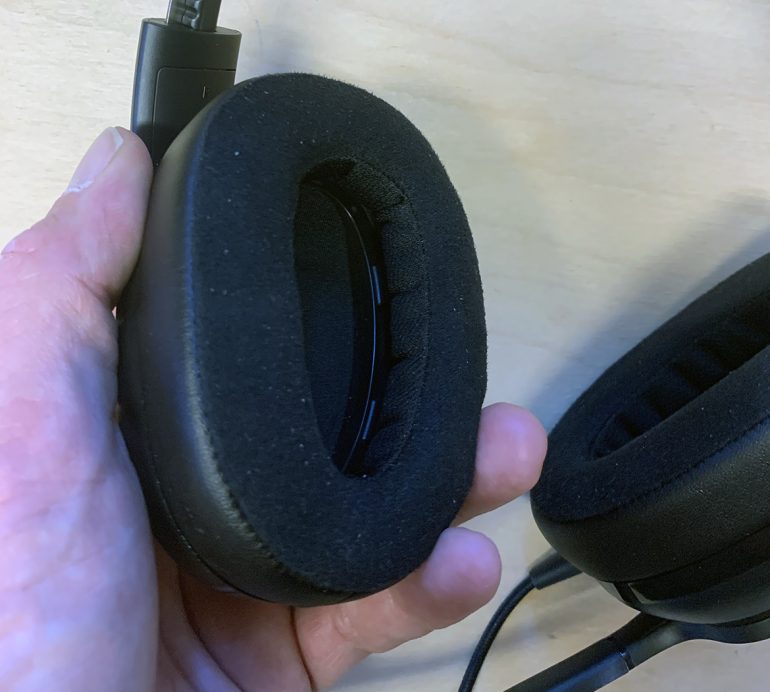 Some of the best headphones I have tested in wired gaming headphones are the GSP600 from Epos. So when the smaller, cheaper and more flexible model H3 appeared, I became curious about how they would stand up to big brother …

H3 from Epos is available in two different models; a white with the name Ghost Snow and the black version (which we got to test) and which got the name Onyx Black. I open the box and lift out the headphones, which immediately feel smoother and lighter than the GSP600. They have a nice, semi-matte finish and the headphone cuffs and headband are in leather. Once they are in place, they sit very comfortably and comfortably. I start by connecting them to the phone to test some music. First out in the test is Avicii’s Heart upon my Sleeve and the sound is extremely clear and nice in the quiet part of the song, before the bass starts. Here it is actually difficult to separate little brother from big brother. When then the base kicks in, however, it becomes clear that big brother still reigns, when it comes to the best sound. Because even if the base is by no means bad, it is not at all as deep and powerful as I have been spoiled with. The next song on my test list is The Other Side from The Greatest Showman – I use this song precisely because it has a very complex sound structure that easily grows together on worse headphones. There are no such problems in the Epos H3 headphones.

I fold down (activate) the microphone and call a friend. The mic sits at a good distance to the mouth and my friend on the other side of the phone heard me clearly and well. No puffing noises or scratches were perceived and it was no problem at all to have a conversation, even in a noisy environment. A flexible volume knob is located on the right cover, so you can control the volume during speech or play. What is missing is an activity button on the cord so you can answer or use any other functions, without picking up the phone which is a bit of a shame.

Now the H3 from Epos is certainly evolving to be used mainly when playing games. There are two cables included and one of them is has both audio in and out of the same cable and works for both your phone and console. Then there is a cable where audio in and out is divided into two cables that you have for your old PC. The cables are nicely braided and tangle-free. In the aging context, there is no loss at all from the image to what you hear. The quality of the mic is also so good that you can easily use it for streaming, without having to use a separate mic (although it is always recommended).

In summary, the Epos H3 is a pair of really good, wired gaming headphones that are nice and comfortable with awesome sound. So they are definitely worth a warm recommendation.

Good-looking and comfortable
Nice and clear sound
Good mic with wide range
Separate cables for connection of mic and sound
Works well with smartphones, but lacks an action button
Bass could be deeper and more vibrant
8