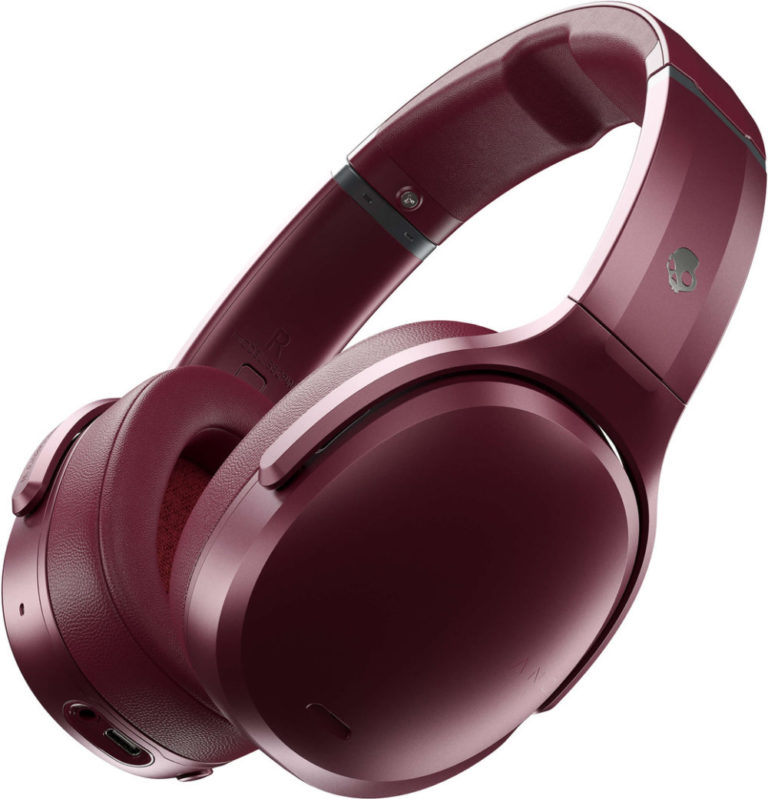 American Skullcandy are known for their emphasis on bass (!), But they have never been a direct audiophile brand. We tested Skullcandy Crusher (without ANC) a while ago and were a little surprised when the same nap (in delicious, red color, of course) reappeared in the office, with the addition ANC (active noise canceling, noise reduction). The built-in Tile function for forgetful owners is as usual and the question that came up was “how good is their personal sound profile, can it justify a price tag of almost SEK 3,000?”. It turns out it can.

Here you buy Skullcandy Crusher ANC at the best price and at the same time, for free, support senses.se!

Let’s “cut to the chase”, as the Yankees say: Skullcandy Crusher ANC is the best headphone manufacturer released to date on the market (and the prettiest for that matter). But it is the company’s personal attitude to sound profile that makes it unique. Unlike Creative, which takes photos of your ear, face and calculates the personal sound profile according to any algorithm, Skullcandy’s system is a regular hearing test, for every ear. You should listen for sounds in different volumes and frequencies – sounds that may or may not exist (in this way the handset also knows if it should enter a counterwave, if your ears may have a constant beep) and what frequencies you do not hear, so it can reinforce these. The result is simply expressed among the absolute biggest lift we have heard. Skullcandy sounds good as they do, straight out of the box, but with the personal sound mode on, it’s like getting new ears. You hear nuances, tones and details you have never heard before. And no one else can get exactly your experience, because the profile is tailored to your actual, actual hearing (and unfortunately, there are no “golden ears” that hear everything and with age, everyone’s hearing spectra decrease, especially at the peaks of frequencies).

Skullcandy Crusher ANC generally feels comfortable – maybe they are a little too loose for you who love to train with over-ear headphones on, they have perfectly OK battery life (about 18 hours in our test) and fast charge 4 hours of use in 10 minutes via the included USB-C, which is exactly right 2019. The noise reduction does what it should, even if it is not as effectively class-leading as, for example, the Sony WH-1000XM3. What is class-leading, however, is Skullcandy’s personal sound profile, as I said. And even though we liked what Creative did with SXFI Air, we think this system pushes the boundaries a bit further in terms of actual sound experience. Here the sound image becomes larger and more open, details and harmonics appear clearer and although there is sometimes a slight approach to noise (which can also be amplified from the original material) and digital “sharpness”, there is a clear difference between having the mode on or off . Without a personal sound profile, the Skullcandy Crusher ANC is rather mediocre in the price range (and no, we do not give anything for the slider that gives a concussion base), but with the personal sound on, they rise to compete with the very best. The headphones can be connected to two sources at the same time and the audio profile is sent and saved in the handset itself and you can have several audio profiles saved for different users in the same app and switch between them (you turn on and off everything in the app, a button on one cover would have been smart!).

Skullcandy has always done skillful tricks, with a focus on playfulness and bass and may not claim further hi-fi sound quality. With Crusher ANC, the company is treading a new path, a path into a much higher priced, upper middle segment, but a well worth it. It is only to state that Crusher ANC has found something unique and is the best handset from Skullcandy ever. Listen to it with the personal sound on, before dismissing it because of the price tag. It does surprisingly well in the competition.