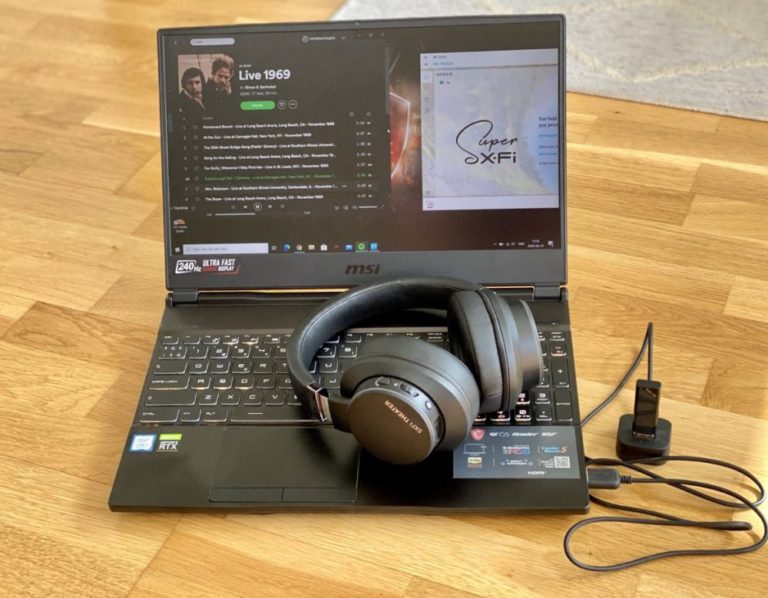 We have previously tested Creative’s SXFI Air, which was a fairly straight-forward wireless handset with the company’s own sound enhancer (SXFI, Super X-Fi). Now the turn has come to the new SXFI Theater, lures that should be the step “over” in quality and also offer lag-free sound. And they sound good, but they’s crazy awkward too.

SFXI Theater supports Creative’s face and ear scans (which you can read more about in the SFXI Air test) – but they do not support wireless connectivity. They have a kind of Bluetooth function built-in, but it is only there to work with an included 2.4 GHz wireless dongle receiver, which is connected via a cable with a dock on USB (A) and should reduce all “audio lag” (ie sound that lags behind the image), a problem that perhaps elite eSports athletes feel, but the remaining target group of gamers seems to have very limited experience of. Why not broaden the product by 1,000% by including full-featured bluetooth support as well, Creative?

The headphones sound great and the fit is nice. Once we get them to play with our gaming PC, Simon & Garfunkel’s Scarborough Fair from the 1969 Live recording really sounds like live for real, with the SXFI mode turned on. Well-mixed games like Borderlands HD and streamed material from Netflix, for example, also sounded great. But we do not see ourselves using these headphones for that, when there are a) headphones that sound better if you still have cords b) headphones that sound at least as good (or better), are cheaper, simpler and completely wireless. You can certainly get audio wirelessly on PS4 through the Theater dongle, but connecting to a newer Mac with only USB-C or iPhone requires either a converter (to the former) and could not (at all) be paired in iOS, despite several attempts to follow various guides (written and online) as well as software updates (which must be done on a Windows computer). And the headphones have USB-C, but it only seems to be to charge the amplifier itself in them, for no sound it will not be …

Creative makes good and well-sounding products overall, but lately we have been scratching our heads a bit over the company’s technical decisions. Otherwise such excellent Outlier Gold lacked genuine SXFI support (only for “locally saved music” – come on, who has 2020 with services like Spotify, Tidal and Apple Music ??). It was downright complicated to get SXFI Theater to play – and then we have still worked with technology for 20+ years and tested most things between heaven and earth. You can of course connect them via a 3.5mm analog cable (in everything that still supports it) – but that removes the SXFI function and a large part of the meaning of the headphones, which still cost SEK 2,000. A normal customer had probably returned them in pure frustration. And it’s a shame, because SXFI Theaters are both comfortable to wear and sound good (really good, once you have managed to get your SXFI profile in). But they are crazy too limited and cumbersome to recommend in good conscience to anyone other than gamers who suffer from input law on the audio side. And they should be vanishingly few.