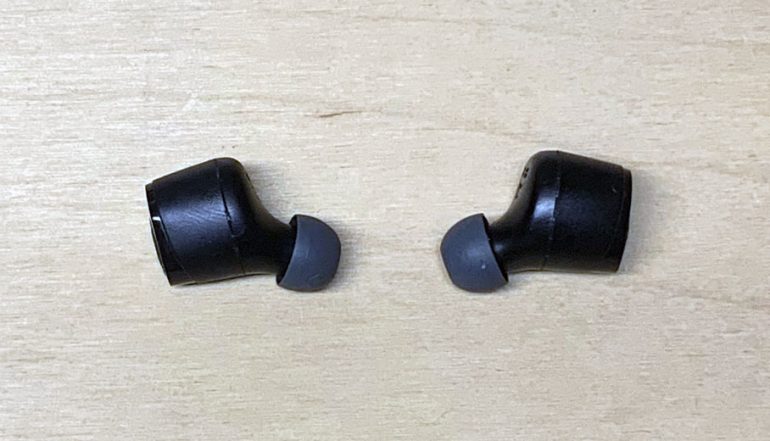 A little over a month ago, I tested Indy ANC from Skullcandy and was impressed by the nice base, battery life and bluetooth range. When little brother Jib True Wireless appeared in the review pile, I became curious about how this budget variant would stand.

When I pick up the charging box from cartons, I immediately feel that it feels very light and plastic. The headphones themselves are quite large and “clumsy” and when I insert them in the ears, the fit is not the best. It feels like they want to slip out. However, they remain and I go into the phone and find the pairing immediately. “Connected” says a nice voice and now it’s time to start testing.

First out, I run in the usual order The Other Side from The Greatest Showman, which is my go-to test song. The sound is actually really impressive! It is not the same pressure in the base as in the Indy ANC headphones, but it is stronger bass than in the current reference headphones. The sound in general is not as clean as a whole and when you turn up the volume a bit, the treble cuts. But considering the price range, the sound quality is still approved with praise.

The next step is to call a friend and I do. The sound in the headphones during speech is pleasant and clean. My voice sounds good to the person I am talking to without it for that matter amplifying everything else around. As a hands-free, Jib True Wireless is really good. The battery life is an impressive 22 hours and it actually matches quite well with reality, as I used them both for music and in long conversations and the battery kept the promised number of hours.

Just like with big brother Indy ANC, there are buttons on both headphones and the system on paper is quite smart, but works very poorly in practice. For example, there are two clicks on the left handset to lower the volume – but if you are not fast enough, the music is paused instead or you click wrong so the assistant is engaged. Unlike Indy ANC, there are no touch buttons on Jib True Wireless, but physical buttons. The problem is that the button is so that you press the handset inwards in the ear when you click, which is both uncomfortable and annoying. The buttons are anything but light so you have to press quite hard.

I used the Jib headphones when I ran intervals and then I had to push them into my ear just before each round to make sure they did not fall out. This may not be a problem for all of you out there, it depends a bit on how your ears are built, but fit is generally a very individual feature of true wireless.

In summary, Jib True Wirleess from Skullcandy with its flaws is still extremely affordable TWS headphones, with nice sound and good features in its price range. So they are definitely worth a recommendation.